Local sandstone used in nineteenth century buildings in Sydney has been affected by salt weathering and surface crust formation. This study trialed two approaches, namely washing-and-vacuuming, to salt-removal treatment of weathered sandstone blocks from the Sydney Buildings with our Desalination systems.

Soluble salts are considered a main cause of damage of porous building materials such as rocks, bricks or granite, which were commonly used in the building constructions of the architectural and archaeological heritage. Soluble salts are also responsible for various forms of deterioration such as sand dis-aggregation and superficial detachments. These problems can be solved by conservation technologies, which are aimed to decrease the salt concentration in rocks (desalination).

The present study aimed to investigate the efficiency of Vacuum washing techniques for desalination of two different kinds of rocks: granite and sandstone. These rocks were contaminated with vacuum solution, and samples with a thickness of 6 cm were used in the tests. This study compared the percentage of salt removal at different depths (efficacy) and the time needed to get the same percentage removal (effectiveness) achieved in both stones.
From the results obtained, it was possible to find those inherent factors to each stone which could have an influence on the efficacy of the treatment. With this technique, it was possible to reduce the salt concentration in the sandstone and brick heritage surfaces almost to 100% with our surface Desalination systems.

Sometimes you will notice that a white effervescence appears on your stone. This is especially noticeable in red sandstone due to the color difference (white on red).
Although unsightly, this is good news in the sense that it means a stone that was previously unable to ‘breathe’ due to a coating causing it to retain excessive amounts of moisture, is now able to dispel the moisture. To remove excessive salts or chlorides we use our Low-pressure steam with the Captive Head-Washing System and we are able to remove salt with multi passes of up to 10mm depth. (This system use only 75psi with 80C degrees like garden tap pressure with hot water dissolve all salt and Chlorides on surface)
If the stone is not being continually and excessively saturated with moisture, over the course of a few seasons generally the staining will reduce as the sandstone dries.

Sandstone is a natural substance. Whilst most soiling can be removed where excessive amounts of carbon have been absorbed by the stone over the years, cleaning may not change the black coloring/staining of the surface of the stone. Experience has shown that this is a trait especially noticeable with red sandstone.
As previously noted, we do not use do not use harsh and environment unfriendly chemicals, so when we are satisfied that to further clean a particular stone to remove carbon staining is going to be detrimental to the stone, it is a case of what you see is what you get! Gentle and minimally invasive cleaning is to the benefit of the sandstone and the client.

The unique vacuum-washing system can do more than conventional cleaning systems. It cleans every surface deep into the pores, gently and environmentally friendly. Cold water or hot water, sprayed and swirled by nozzles under vacuum, binds and washes the dirt from all materials, even in structured or rough surfaces – to a depth of 10 mm without residue.

A refined, but uncomplicated system, user-friendly, versatile and durable. For the cleaning of stone, sandstone, wall, wood, stucco. The system has been perfected over many years in function and design. They can be used flexibly on site, in the workshop or in the studio and makes very efficient cleaning possible.
The System completely and gently removes not just ordinary dust and dirt, but also fat, bacteria and toxins from surfaces of each material and each structure, without damaging material layers. The closed fresh and hot or cold water system in connection with the effective vacuum suction enables wet cleaning with virtually no water discharge into the environment.

The vacuum washing system, in contrast to conventional steam or wet cleaners, limits the water contract and the time spent at the desired location. Surrounding, water-sensitive areas may be spared. The sprayed and pressurized water is swirled with the jet and the vacuum nozzle will suck directly effective the water with the dirt. The surface is washed, but not soaked in water.

The vacuum allows even overhead work on ceilings, vaults, on the scaffolding, etc., without drips or dirty water flows down.

Since the System works only with cold tap water and without the addition of chemicals in the water (except for basic cleaning), there is no water pollution and no environmental pollution. Toxic dust and dirt is thoroughly removed from surfaces, bound in water and collected in water tanks, so they can be disposed of directly professionally.
The vacuum washing system makes cleaning easier, environment friendly, reduces operations and helping to carry out large-scale purges also economic.

Cleaning and desalination on sandstone 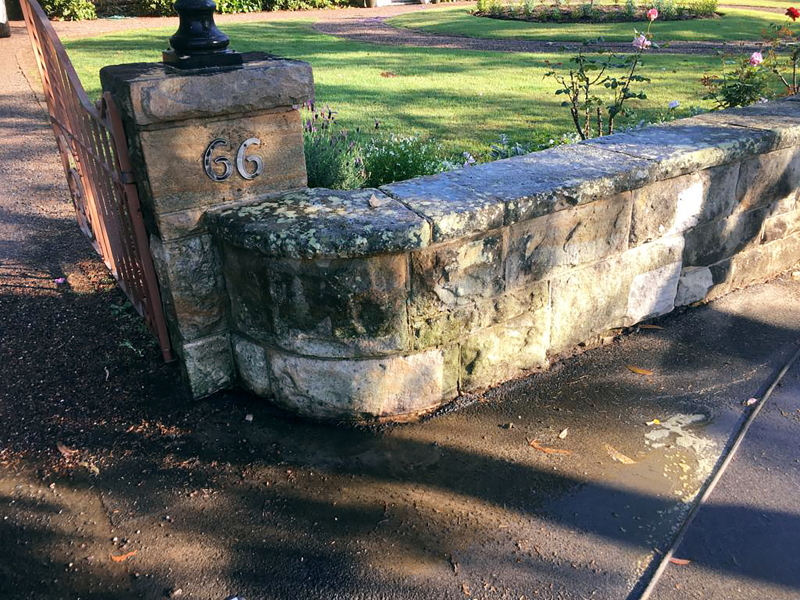 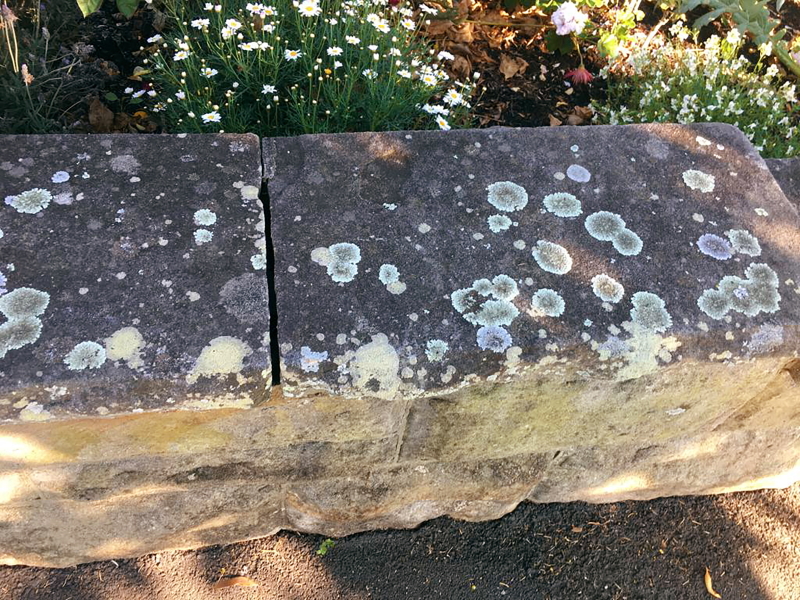 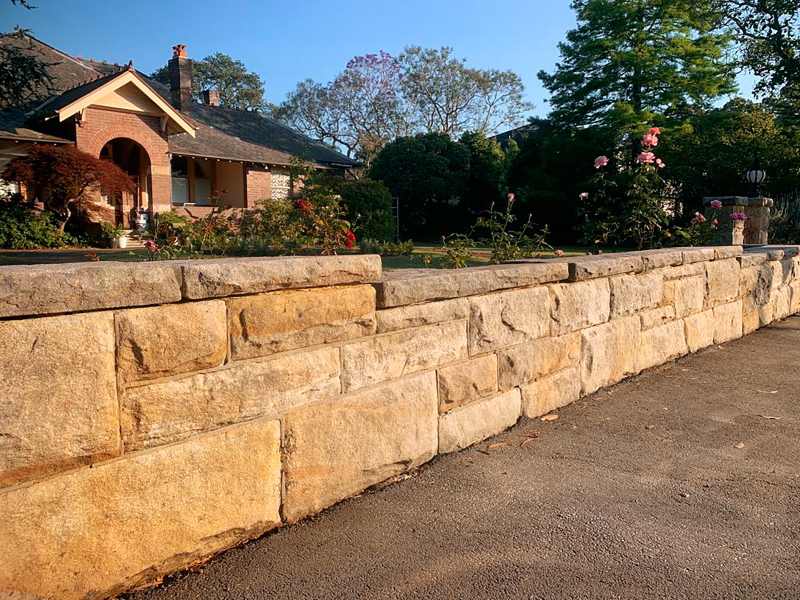 Sydney Paint Stripping always uses the best and safest method to ensure no damage is made.